On November 11, 2010 I submitted a complaint to the OmbudsmanNT about Northern Territory Police accessing my personal telephone records.

The police investigation was part of a ‘witch hunt’ to try and identify the anonymous NT Police sources I quoted while reporting for the NT News on a drug squad raid at Darwin Lord Mayor Graeme Sawyer’s house.

The report can be downloaded by clicking on this link:

Or read the an edited version of  OmbudsmanNT report below.

RE: Complaint against Police

I refer to your written complaint to this Office dated 11 November 2010, regarding the Northern Territory Police accessing your mobile phone records without your permission or knowledge and your request to investigate whether that conduct was unlawful or not.

I accepted your request not to have the Ethical and Professional Standards Command (EPSC) deal with your complaint and my office made enquiries.

As you are aware on 20 October 2010 the Northern Territory Police executed a search warrant at a house situated in Wagaman. An NT News article written by you about this search, published on 21 October 2010, stated that information had been provided to the media by a police source.

That information included the identity of the owner of the house at Wagaman which was information not released to the media by NT Police.

The Police received a complaint from the home owner dated 27 October 2010 regarding leaked information. The EPSC had prior to that date launched an investigation to find the

Police Officer responsible. The Ombudsman was notified of the complaint from the homeowner on 5 November 2010.

The actions of a police officer providing information to you was a breach of Section 155 of the Police Administration Act. It was also potentially an offence under Section 76 of the Criminal Code:

’76 (1) Any person who, being employed in the public service or engaged to do any work for or render any service to the government of the Territory or any department or statutory body thereof, unlawfully communicates confidential information coming to his knowledge because of such position is guilty of a crime and is liable to imprisonment for 3 years.

(2) If he does so for purposes of gain he is liable to imprisonment for 5 years.’

If an offence was committed by a police officer providing information to the NT News the person obtaining that information could also have been guilty of the same offence as an accomplice, inciter, abettor or procurer.

A155 Communication of information

(1) A member shall not, without reasonable cause, publish or communicate any fact or document to any other person which comes to the knowledge or into the possession of the member in the course of his duties as a member and which the member has not been authorised to disclose.

The Authorisation was electronically sent to Optus on 22 October 2010. Unfortunately the officer completing the electronic request made a clerical error and entered incorrect information into the document citing that the CCR and RCCR information was for an investigation into offences contrary to the Misuse of Drugs Act.

This incorrect information appears to have no effect on the Police meeting the Commonwealth requirement for Authorisations. The request accurately recorded the enabling legislation (Section 178(2)).

Subsequently, Police noted their error and corrected their records identifying section 155 of the Police Administration Act as the reason for seeking the carrier (Optus) records. They also advised Optus of the mistake to ensure that no record existed linking your phone number as having some connection with the misuse of drugs.

The Police on obtaining your phone records determined the name of a Police officer believed to have breached section 155 of the Police Administration Act. Details for phone numbers showing on your records were sought from the carrier to identity the subscriber to that number.

The search of your charge records to this point was limited to a four day period during which it appeared that a Police officer provided information to you. Your records identified a Police officer’s phone number. The records showed two calls from your number to the officer’s and one call to you from the Police officer.

The first call on the records between the two numbers showed that the contact was initiated by you. 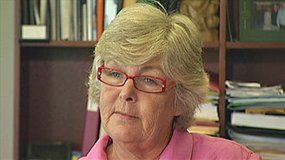 I am satisfied that the records and evidence show that the first search of your call charge records was lawful and was reasonably necessary for the investigation of suspected offences. Those offences could have been breaches of Section 155 of the Police Administration Act, a breach of Section 76 of the Criminal Code and possible breaches of Sections 12, 43BG, 43BH, 43B1 or 104 of the Criminal Code. Further investigation by NT Police to find out who used the phone sets matching the subscriber numbers was warranted.

On 28 October 2010 a Senior Constable from 01S, sent another request for your records. The request was only for your CCR records, ie, records of whom you called, not who called you. However the period was expanded seeking records from 22 September 2010 to 27 October 2010. The authorising officer was the Territory Intelligence Coordinator (TIC). The electronic Authorisation for your records was sent on 01/11/2010 to Optus. The Authorisation was given by a Senior Sergeant whom I am satisfied had a lawful delegation under the Telecommunications (Interception and Access) Act.

This investigation revealed that the Police made two (2) applications to Optus to obtain your CCR’s, the initial application included obtaining your RCCR’s.

I have seriously considered your view that Section 180(4) of the TIAA – Authorisations for access to prospective information or documents – applies to Section 178. Section 178 is the section of the TIAA that Police relied upon to obtain your records.

Prospective information (as referred to in section 180) is not defined within the Act, however it was described by NT Police as accessing real time data. In researching a 2007 submission to the Senate Legal and Constitutional Affairs Committee I found prospective data being described as information that comes into existence during the life of an authorisation. The Telecommunications (Interception and Access) Act 1979 Annual Report for the year ending 30 June 2009 describes prospective data as data that comes into existence during the period for which the authorisation is in force. It does not include data that came into existence before the authorisation was in force. The disclosure of prospective data may be authorised by a criminal law-enforcement agency when it is considered reasonably necessary, by an authorising officer, for the investigation of an offence with a prison term of at least three years.

The seeking of your phone records in the second instance (starting from 22/09/2010) was in my view unnecessary. At the time of this second request the Police Officer believed to be responsible for the ‘leak’ had been identified. You had identified yourself in the article you wrote as a possible accomplice.

The Police informed me that the second search of your CCRs was to find out what communication occurred between the Officer and you before and after the calls on 20 October 2010. They said that you and the officer connected to the number you called on 20 October might have been close friends regularly in touch which would tend to dilute anything sinister about the calls on 20 October. I was also told that it was necessary to have the records to be ready to challenge the officer concerned when he was interviewed in case he claimed to be regularly in touch with you as a friend. I reject that latter explanation as a sufficient reason justifying the extent of the records requested.

The officer concerned was interviewed three days before Optus provided the CCRs which causes me to discount the “friendship” defence as a sufficient reason. I also consider that even if the CCRs for a five week period showed that your phone and the officer’s phone were connected often, such records would not prove who made the calls and what was said. Those records for a five week period were not capable of disclosing anything of probative value beyond what  had  already been obtained by the first search.

Although I am satisfied that the second search of your CCRs was lawful and authorised under Section 178 of the Telecommunications (Interception and Access) Act that search was “unreasonable” within the meaning of Section 101 of the OA. Police have powers and they have a discretion to decide when and how to exercise those powers. They also have a duty to respect the human rights and dignity of the citizens they serve and protect. There must be a balance maintained and intrusive powers ought not to be exercised unless it is reasonably necessary to do so. In the instance of the second search of your CCRs for a period of five weeks it is my opinion that the intrusion into your privacy was not reasonable even though it was lawful.

The Commissioner of Police disagrees with my view. His view is that the second request to Optus was in accord with “standard investigative techniques … to establish whether contact between parties is an ongoing occurrence and whether there is a pattern to the conduct…”.

I have not accepted that view in your case because any contact between you and a police officer prior to the execution of the warrant, on 20 October 2010, was of no relevance to an alleged offence of unlawful disclosure of an event which happened on one occasion only, on either 20 or 21 October 2010. I have given the Commissioner of Police my reasons for the view I hold and I include an extract of my letter to him:

“In my opinion to access phone call charge records for a period of three weeks before the event which precipitated the offence under Section 155 of the Police Administration Act was unreasonable. It was in my view unreasonable because any interaction or communication between Mr O’Brien and any police officer prior to the execution of the warrant on the house in question was not capable of producing any evidence that could logically have carried any probative value. Citizens of the Northern Territory have a human right to privacy, recognised by International Conventions and Declarations, and to some extent recognised by the Common Law.

There was no proportionality between the seriousness of the offence being investigated, the value of any information likely to be obtained and the degree of invasion of Mr O’Brien’s human right to privacy. It is the failure to balance the value of his rights against the outcome sought or potentially available that amounts to the exercise of the discretion to access his records being, in my view, unreasonable. In many other cases the investigative techniques you describe might well shift the balance and make the needs of law enforcement or prevention of harm reasonably override a person’s right to privacy. I do not believe it was reasonable to do so in this instance.”

1. The Commissioner of Police will issue a general order to make it patent that access to a person’s telephone call records must be authorised by a member of the rank of Superintendent or above.

I note that you have approached my office concerning a response from NT Police to a request by NT News under the Information Act for the release of documents. It is correct that under the Information Act documents obtained by EPSC to investigate a complaint against Police that is covered by the Ombudsman Act are exempt from disclosure. That exemption arose first when NT Police notified the Ombudsman of the Lord Mayor’s complaint on 5 November 2010. No document before that date would be covered by the exemption of documents and information created or obtained under the Ombudsman Act.

If you require any further information please contact the Assistant Ombudsman, Bert Hofer.

I advise that the notice served relating to disclosure of the draft of this report remains valid.

It does not apply to this report.